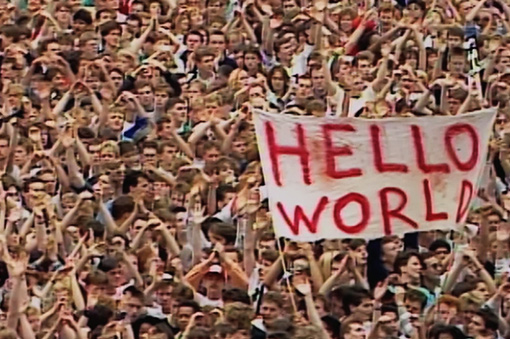 One Humanity celebrates all the forces that came together to destroy Apartheid in South Africa.

"The release of Mandela and his becoming president is one of the resounding victories for humanity." Jackson Browne - Artist

The project has two parts – the feature documentary One Humanity, a celluloid tapestry that gives voice to the history of the global Anti-Apartheid Movement directed by Mickey Madoda Dube – the Concert Highlights of the two global broadcasts “Nelson Mandela – 70th Birthday Tribute” (1988) and the “Nelson Mandela – An International Tribute for a Free South Africa (1990). Both parts will air as TV

programmes around the world then go to DVD. The project was created to encourage future humanitarian campaigns. Its producer believed that the world’s most successful international solidarity movement, the movement against Apartheid, needed to be celebrated in an entertaining feature documentary so that it might inspire future humanitarian action.

The Nelson Mandela Children’s Fund (NMCF) is a charitable organization founded by Nelson Mandela, based in South Africa. Its mission is to help individuals from birth to age 22, particularly orphans of the AIDS crisis.

The Eric and Charmaine Mabuza Scholarship Foundation was officially launched during 2009, and students selected during its inception are completing their final year of their respective degrees at their chosen universities.

The Nelson Mandela Foundation delivers to the world an integrated, dynamic and trusted resource on the legacy of Nelson Mandela and with this, our mandate to promote the vision and work of our Founder by convening dialogues and creating platforms for engagement around critical issues to promote social justice and drive positive change.

The Nelson Mandela Children’s Hospital is his lasting wish for our children and his legacy for future generations.